The First Sunday of Epiphany 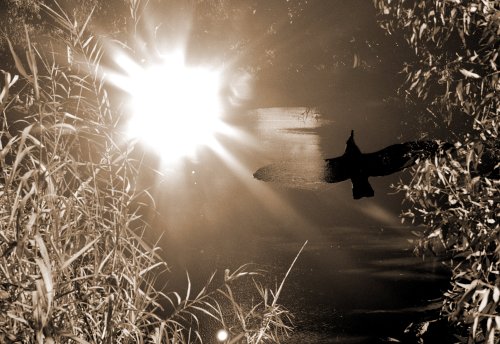 The dove descends, the spirit soars and sings

The season of Epiphany is an invitation to reflect on the many little ‘epiphanies’, glimpses of how things really are, which are vouchsafed us in the Gospel. The first Sunday of Epiphany s a time to reflect on the moment when ‘the heavens opened’ at Jesus’ Baptism and we were given a glimpse of Father Son and Holy Spirit at the heart of all things. This sonnet is a reflection on that mystery. As always you can hear it by clicking on the ‘play’ sign or on the title of the poem. I am grateful to Margot Krebs Neale for the beautiful photograph, taken at the river Jordan which says as much as, if not more than the poem. The poem itself is from my collection Sounding the Seasons, published by Canterbury Press


Beginning here we glimpse the Three-in-one;
The river runs, the clouds are torn apart,
The Father speaks, the Sprit and the Son
Reveal to us the single loving heart
That beats behind the being of all things
And calls and keeps and kindles us to light.
The dove descends, the spirit soars and sings
‘You are belovèd, you are my delight!’

In that quick light and life, as water spills
And streams around the Man like quickening rain,
The voice that made the universe reveals
The God in Man who makes it new again.
He calls us too, to step into that river
To die and rise and live and love forever.

Epiphany on the Jordan

3 responses to “The First Sunday of Epiphany”