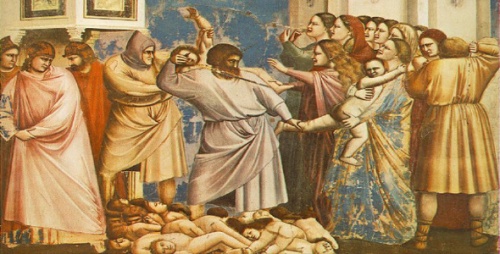 On the 29th of December falls the feast day of the Holy Innocents, but many churches will make it the theme for today, the first Sunday after Christmas. It is the day the Church remembers the story, told in Matthew’s Gospel of the appalling cruelty and wickedness of Herod in ordering the massacre of innocent children, in a bid to protect his own power-base. Appalling, but only too familiar. What Herod did then is still being done across the world by Tyrants who would sooner slaughter innocents than lose their grip on power. We are still reeling this year from the appalling slaughter visited on innocent children in Peshawar by the the Pakistani Taliban, as well as the continued violence, so much of it directed towards children, in Syria and Iraq. This scarred and wounded world is the world into which Jesus was born, the world he came to save, and amongst those brought by his blood through the grave and gate of death and into the bliss of Heaven are those children of Bethlehem who died for his name without ever knowing him. But he knows them, as he knows and loves every child in Syria, Iraq andPakistan, and he says of them, to every Herod, ‘Whatsoever ye do unto the least of these, ye do it unto me.’

This sonnet, which follows the narrative in Mathew 2:13-18, a narrative which goes out of its way to mention the death of Herod, is published in my collection Sounding the Seasons. It has also been adapted and set powerfully to Music by Steve Bell on his award-winning Album Keening For The Dawn. 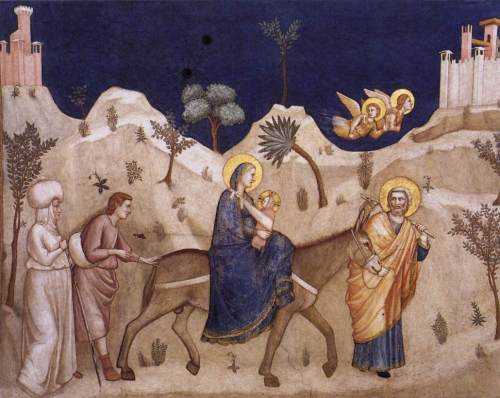 You can listen directly to Steve Bell’s reworking of the song, with its ironic contrast between the tone of music and lyric Listen to it here:

9 responses to “The Holy Innocents”