Parable and Paradox: Jacob Wrestles with the Angel 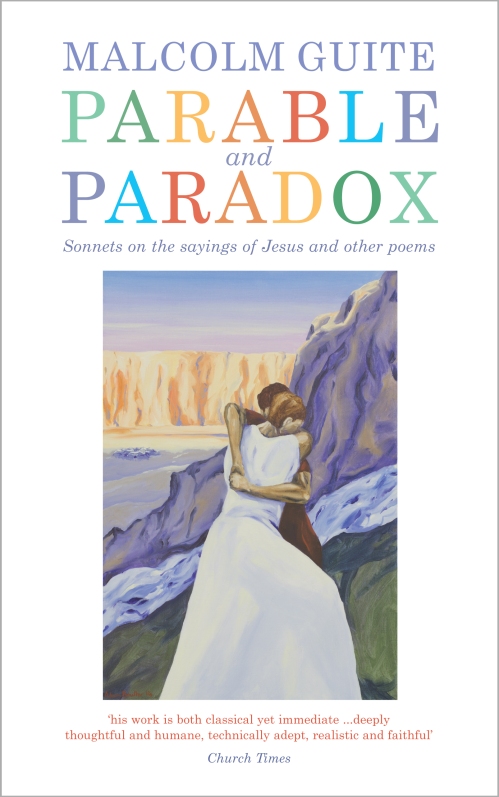 Jacob Wrestles with the Angel

For the many churches that use the Common Lectionary, tomorrow’s Bible readings will include Genesis 32:22-31, the story of Jacob wrestling with the angel. So I thought I would re-post my poem about that encounter, the sonnet which goes with the painting on the cover of Parable and Paradox.

Jacob Wrestles with the Angel is one in a suite of five sonnets on the theme of Wilderness which were originally composed in response to a set of paintings by Adan Boulter and exhibited in Lent 2015 at St. Margaret’s Westminster . I refer to that in the lead-up to my reading of this sonnet.

My poem is voiced for Jacob in his life-changing encounter, that long wrestle in the dark that will change his name to Israel and change his future and ours for ever. This meeting with an angel is the harbinger of his dramatic encounter and reconciliation with his wronged brother Esau, the brother-victim he had deceived but in whose face he now recognises the face of God. Though I have voiced this poem for Jacob, it is written in full consciousness that his story is also ours, that we too, in our brokenness and alienation must also wrestle with, and be changed by the Love that wounds and heals.

2 Jacob Wrestles with the Angel

I dare not face my brother in the morning,

I dare not look upon the things I’ve done,

Dare not endure the rising of the sun.

My family, my goods, are sent before me,

I cannot sleep on this strange river shore,

I have betrayed the son of one who bore me,

And my own soul rejects me to the core.

But in the desert darkness one has found me,

Embracing me, He will not let me go,

Nor will I let Him go, whose arms surround me,

Until he tells me all I need to know,

And blesses me where daybreak stakes it’s claim,

With love that wounds and heals; and with His name.