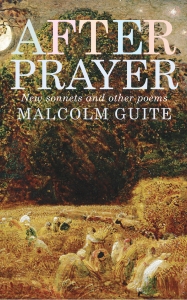 On our Lenten Journey through Herbert’s poem Prayer, using the sonnets in my new book After Prayer, we have emerged at last from his dark series, within the longer sequence, in which Herbert explores the experience of frustration, struggle and anger in our prayer life, focused, finally, in yesterday’s post on the image of Christ’s side-piercing spear. Now, guided by Herbert we can began a new phase in our prayer-life, a kind of chastened recovery, and it is interesting to see how Herbert sets about this. In the next two lines, the middle, two lines, the very hinge of the sonnet, Herbert turns for comfort and wisdom to his beloved world of music:

The six-days world transposing in an hour,

Kind of tune that all things hear and fear

So Herbert offers the insight that prayer itself is a kind of musical transposition, that beautiful gift whereby a sequence of notes that seemed in the wrong key for us, that was somehow unmanageable for us, out of our range, might be transposed, accommodated into a key within our range. Prayer does not ignore ‘the six-days world’ the busy weekday world, the constant cycles of unnerving news, the noise and pain and clamour of daily life, but rather seeks to transpose that dissonance into the key of love. As I worked on this poem I realised that I was articulating something I had been feeling for a long time about the damaging and depressing effect of barrages of bad news unprayed through, accumulating as a kind of uninterpreted cacophony in the mind. We need the gift of transposition and the power to hear, however tiny it might seem, the eternal tuning fork that sounds Christ’s love in the midst of things.

If you have been as disturbed and distressed as I have by the news in recent days I hope this and the following sonnet will help.

As always you can hear me read the poems by clicking on the ‘play’ button or on the title.

The six days world transposing in an hour

In endless cycles of unnerving news,

Relentlessly our restless hurts are hurled

Through empty cyber-space. Is there no muse

To make of all that pain an elegy,

Or in those waves of white noise to discern

We may not seal it off or drown it out,

Nor close our hearts down in the hour of prayer,

But listening through dissonance and doubt,

Wait in the space between, until we hear

A change of key, a secret chord disclosed,

A kind of tune, and all the world transposed. 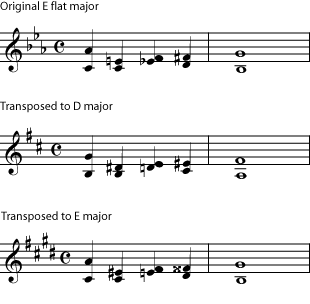